29 JULY 2016, CHICAGO, USA – It was not even Black Friday in Chicago yet it felt that way when thousands lined up and camped out as early as 9 pm on July 28, the day before the grand opening of the store, to celebrate the long-awaited arrival of Jollibee’s first Midwest location! This level of excitement and anticipation is a first in all of Jollibee USA’s store openings as close to 500 customers were already in queue as early as 6:00 am – an hour before its doors opened! Jollibee fans all over Chicagoland and neighboring states cannot wait to get their hands on the world-famous Chickenjoy, as well as other favorite dishes such as the Jolly Spaghetti and Peach Mango Pie. Guests were greeted by Jollibee executives and the company’s beloved bee mascot, who invited them to take part in activities and enjoy signature dishes to celebrate the opening.

“Finally, after a very long wait, Chicagoland gets its own Jollibee! We know our patrons have long been anticipating for our Chicago store to open – before they would have to go to Texas or to New York to have their Jollibee fix – and now we are happy to serve our customers right here in the heart of Skokie,” said Jose Miñana, Jollibee Foods Corporation’s Group President for North America and Foreign Franchise Brands in the Philippines.

“I have been waiting for Jollibee to open ever since rumors of Jollibee coming to Skokie started way back in 2014,” shared Mr. Erick Miranda from Lisle, IL, the first customer in line who queued up from 9 pm the evening before. “I’m so glad the store is finally open and I’m so excited to be the first one to enter Jollibee.”

Many people expressed their excitement over the opening of Jollibee Skokie, even traveling from as far as Canada just to get a taste of Jollibee. As described by Skokie Mayor, George Van Dusen, “Jollibee is not just a restaurant, it’s a tourist destination.”

As part of Jollibee Skokie’s opening day activities and as a sign of the brand’s appreciation, Jollibee awarded the most enthusiastic guests – the first 300 people in line – with a Jollibee mascot doll. While guests enjoyed many of the company’s famous dishes, 6,000 Jolli-Postcards were distributed to guests where they can handwrite special messages to their loved-ones in the Philippines. As a bonus, Jollibee will arrange for delivery of all Jolli-Postcards and the customers with the most creative entries will have their postcards delivered with a special Jollibee meal.

Among other on-site activities, guests were encouraged to join the conversation by uploading their photos and posts of their “BeeHappy moments” to various social channels using the hashtag #JollibeeSkokie. The posts were displayed on the “Jolli-Screens,” screens designated to create an interactive guest experience.

“Illinois is a fitting choice for Jollibee’s first store in the Midwest because it has the 3rdlargest population of Filipinos in the United States, after California and Hawaii. Every Filipino wants to be reminded of the taste of home and I think there is no other fast food brand out there that can deliver that but Jollibee,” shared Maribeth dela Cruz, Vice President and General Manager for Jollibee Foods Corporation North America.

In fourth quarter of 2016, Jollibee is setting its eyes to open its second store in Illinois, this time located in downtown Chicago.Apart from this, later in the year Jollibee will be celebrating new openings in Jacksonville, FL and its first ever foray into Canada with a store in Winnipeg, MB. Next year, the brand is slated to open its very first store in Manhattan.

Jollibee Foods Corporation is currently ranked as the largest Asian restaurant company in market capitalization, aggressively expanding in the US. It currently operates in 12 markets, with a total of 3,159 stores globally, of which 1,082 are Jollibee brand stores. The company’s aggressive expansion plan in North America is part of its overarching goal to be among the top five restaurant companies globally by the year 2020. 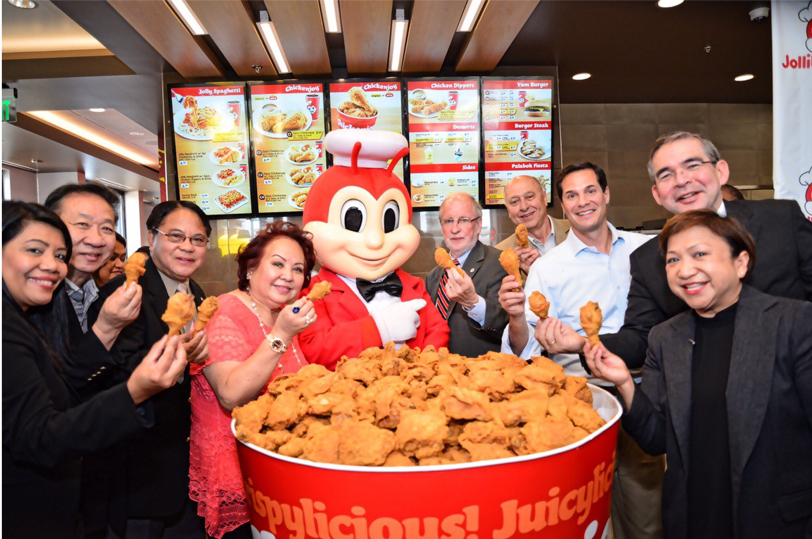 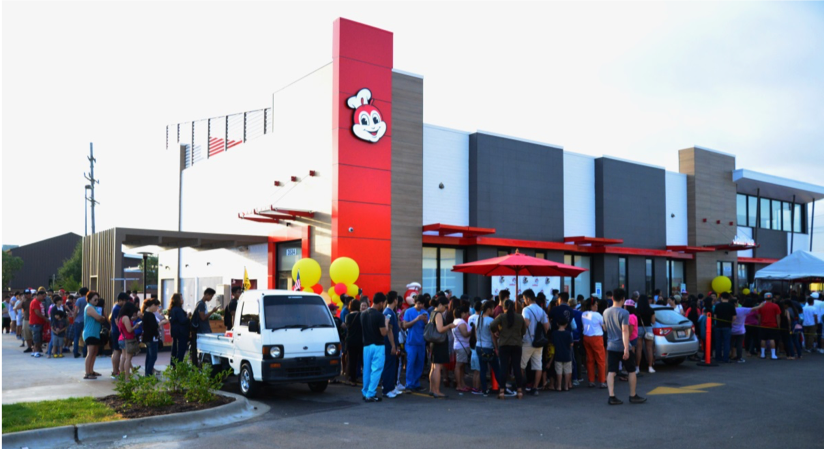 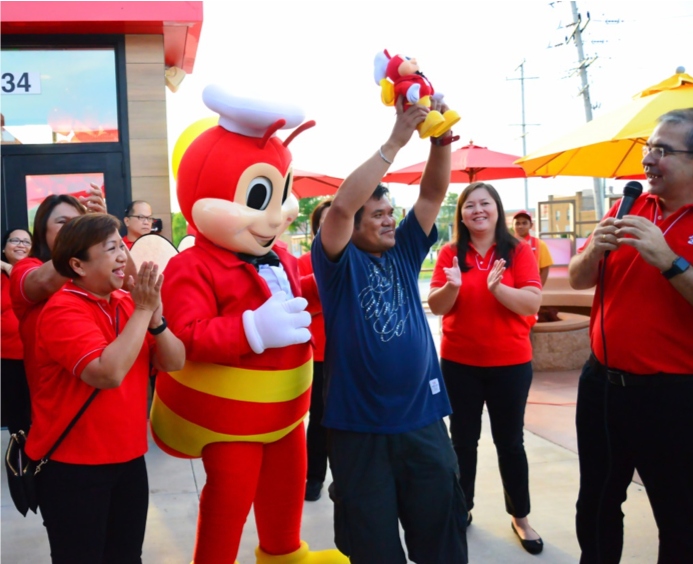 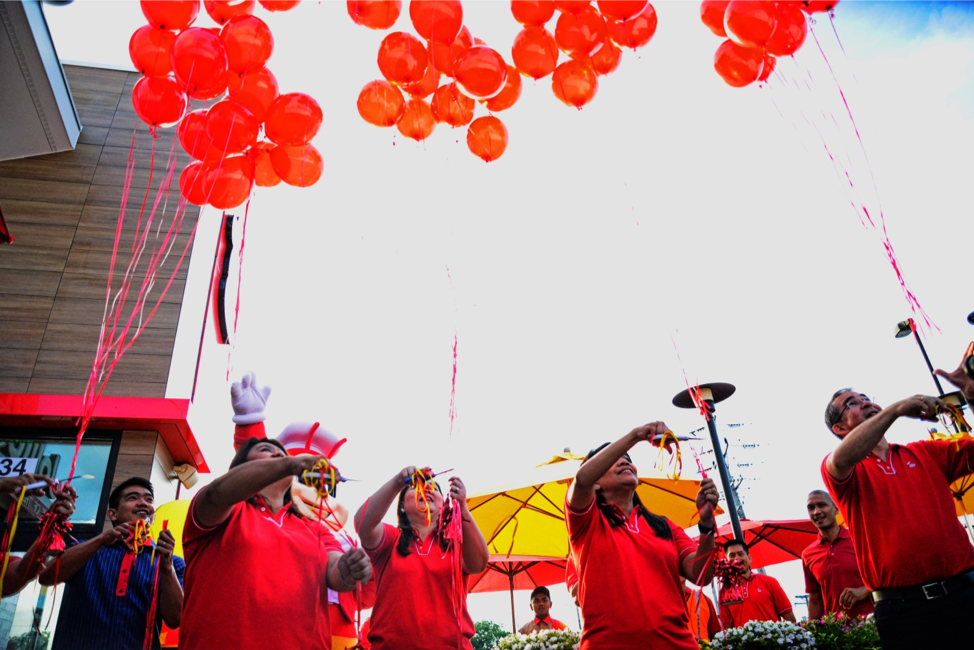 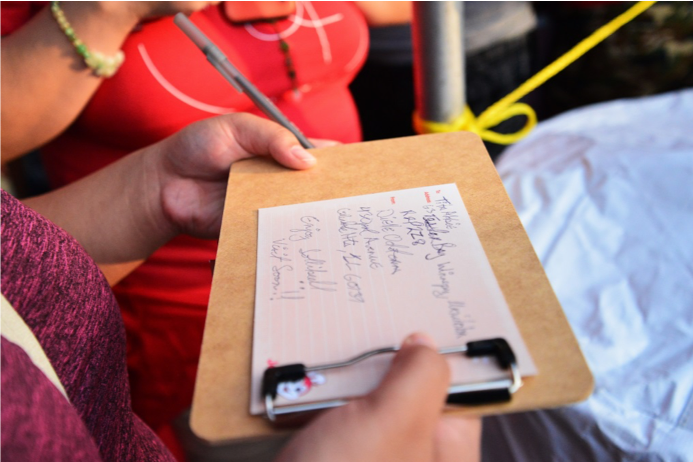 Photo 5: Guests writing “Jolli-Postcards” – a set of Jollibee-themed postcards customers can send to their loved ones in the Philippines. Taken at Jollibee Skokie, IL on Friday, July 29, 2016. (Photo credit: Jollibee USA)